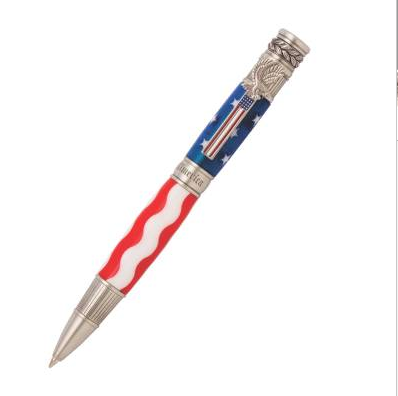 The American Pride pen is a twist style ball point.The hardware is available in Antique Pewter or Chrome.Antique Pewter brings out the detail of all of the castings and engravings.

The barrels are made from resin, the upper barrel is a white star field inlay-ed in a blue background.The lower barrel are red and white wavy stripes.

The refill is a Parker Style refill and easy flow 9000 is included.

Save this product for later
Display prices in: USD